Why You Shouldn't Join a Network Marketing Company

Network marketing is a business model that depends on a network of distributors to sell its products. It is a type of direct selling that provides commissions from multiple tiers. There are many network marketing companies, but some of the most popular ones are Amway, WFG, and Herbalife.

While I'm into MLM, I can understand why some people should NOT join. That's what I'll be diving into today.

Let's get the basics squared away first...

What is Network Marketing?

Network marketing is a business model in which distributors sell products and services through interactions. The customers can be other distributors, or non-distributors.

The network creates a larger customer base for the distributor by allowing them to market to more people than they would be able to if they sold only to their family and friends.

First and foremost, network marketing is not an illegal pyramid scheme for the most part. Pyramid schemes promise investors large profits by recruiting new members into their scheme, but never actually selling or providing anything of value to those members.

Yes, those types of scams do exist. However, I'm talking about the top-tier companies like the one's that I've mentioned above.

You are not required to recruit new members. It's optional in most companies.

While some distributors might think that there company is the best in the whole world, I do realize that this type of business is not for everyone.

What are the Disadvantages of Network Marketing?

There are several disadvantages in running a network marketing business.

Just like anything worth while, it's time-consuming and it requires a lot of work.

Since network marketing is based on relationships, building new relationships can take weeks, months, or even years. People don't like to be sold, and neither do they want to be your friend, and then realize that you just wanted to recruit them.

I remember being in a company meeting, and one of the distributors started crying. The leader asked what's going on. While crying, she told him that her friends didn't want to join the business. These types of emotions can destroy our ability to become successful in MLM.

Is Network Marketing Is NOT Right for Me?

There are many reasons why someone might not want to pursue a career in network marketing. Many people feel that the work is too demanding. I the beginning, they realize that they aren't making money like they would in a job. In this situation, the feelings of hopelessness role and the idea of financial freedom seems so far away.

Others may be concerned about the ethical implications of working with strangers, or they may simply not enjoy interacting with others.

I get. Some people connect sales people to low-end professionals, use car salesman, or snake oil sales people. That's just the old ideas persisting throughout time.

Everything is sold. Your smartphone is sold. Your company was sold. The products that companies offer are sold. If you want to be professional and ethical, that is your decision.

Ultimately, whatever reasons someone has for wanting to avoid network marketing should be respected.

Not everyone is cut out for this type of work.

While I've answered a lot above, I'll do my best to provide some quick answers to these common questions.

Why do people say "no" to network marketing?

There are a few reasons why people might say no to network marketing.

One reason is that they might not be familiar with the concept. Network marketing can be complex, and it can be difficult to understand what it is before signing up.

Another reason is that people might think that network marketing is too sales-y or promotional-focused. Networks often require participants to make sales or sign up new members, and this might be seen as too pushy or aggressive by some people.

Some people might not think that they have the necessary skills or personality traits to succeed in network marketing.

Since the internet has come out, there's also a lot of people that slam MLM. You'll find a bunch of Anti-MLM people that just want to spread a bunch of hate because they had a bad experience.

It's like having a bad experience at a local grocery store, and then saying that all the employees suck and that the whole store is a scam. That's a huge generalization.

However, all of these reasons are common obstacles; once people become familiar with network marketing and learn how to succeed in it, they are often very enthusiastic about it.

As I mentioned, whatever people believe in, that's their own thoughts and I just try to respect that.

If I think it's a pyramid scheme, why should I join?

Pyramid schemes are illegal in the United States. They are also often criticized as being unethical, because they rely on recruiting more people into the scheme to make money for those at the top.

Some prospects might ask themselves, "why should I join a pyramid scheme?"

Before I describe more, there are illegal pyramid schemes. When we talk about MLM, the legit ones are the ones that I'm trying to describe. Let's change "pyramid scheme" to "MLM" for the sake of this question.

The primary reason to join an MLM is for financial freedom, time freedom, location freedom, or any combination of those.

Some MLM companies promise large profits for those at the top, and many people are attracted to this promise. However, these profits come at a cost: most people who participate in a MLMs lose money. The vast majority of people who join an MLM never make any money back and end up losing their money or becoming completely reliant on the organization for their income.

In contrast, it's been common knowledge that most people that start a business fail after the 1st year. Offline, that number is over 80%. Since MLMs and online businesses have a lower barrier to entry, the failure rate is higher. It's just easier to quit since not a lot of money or time has been invested into the venture.

If you're interested in joining an MLM, be sure to do your research first. I would suggest doing your own due diligence. Most friend or family members don't know the truth of what it takes to succeed in MLM.

If you decide that it's something you want to pursue, be prepared to invest a lot of time and effort into it, and don't expect to make any real money back fast.

If I love my job, why should I join?

For starters, many people find their job satisfaction rises when they work in an environment that they enjoy. Some people enjoy the energy in a sales-focused, people-oriented business.

Secondly, network marketing companies often offer excellent benefits and awards, allowing you to comfortably support your family while also enjoying a lucrative career or winning a competition where the winners get to stay at luxury resorts. Some have those types of awards.

And finally, many network marketing companies provide opportunities for growth and advancement that you may not find in other businesses. If you've been in an MLM for over a year and liked the culture, you might already know that there's a lot of focus on personal growth. I understand, some people aren't into that stuff.

If you're totally satisfied in your job, love your boss, love your salary, or love your job environment, then you might not love being in an MLM. It might be a waste of your time, money, or you might not have any motivation to build the business.

I'm not entrepreneurial, why should I join?

There are many reasons why someone might not feel comfortable starting their own business.

Perhaps they don't have the necessary skills, or they don't have any experience working in a sales environment. While most network marketing companies provide an opportunity for people who may not feel comfortable starting their own business, some people haven't moved forward enough in their MLM journey to truly understand this.

What if you don't have enough money to build your business?

One of the big reasons why people start a business is to make more money. In most cases, there's a relatively low upfront cost. This is true if you compare it to starting a franchise. This makes it appealing for people that lack the skills and knowledge, and want to build their side hustle.

Just remember, most entrepreneurs weren't born to build businesses. It took a lot of pain, suffering, or motivation to become a business builder.

Success is not an overnight journey. If you're looking for a way to grow personally, or financially, then it's time to evaluation your options. MLM might be business that you can thrive in if you give it a chance.

Network marketing can be a great way to make money, but it is important to weigh the pros and cons before joining a company.

There are a lot of benefits to network marketing, but it is important to consider the risks before signing up.

Some of the benefits of network marketing include the potential to make a lot of money, the ability to build real relationships, and the ability to work from just about anywhere in the world.

However, there are also some risks associated with network marketing that should be considered before signing up.

In conclusion, the choice is up to you. You either love it, or hate it.

If you're open to reading why some people might choose an MLM company, read my article called: Network Marketing: Why It's A Great Way To Make Money And Build A Career 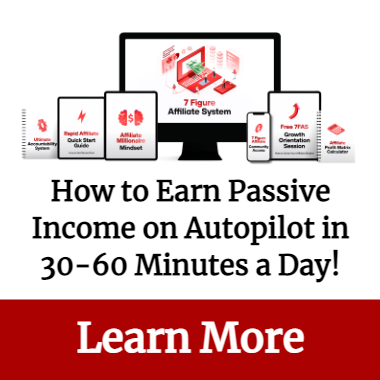